Skip to content
Home » A visit from Ofsted… and some exciting news! 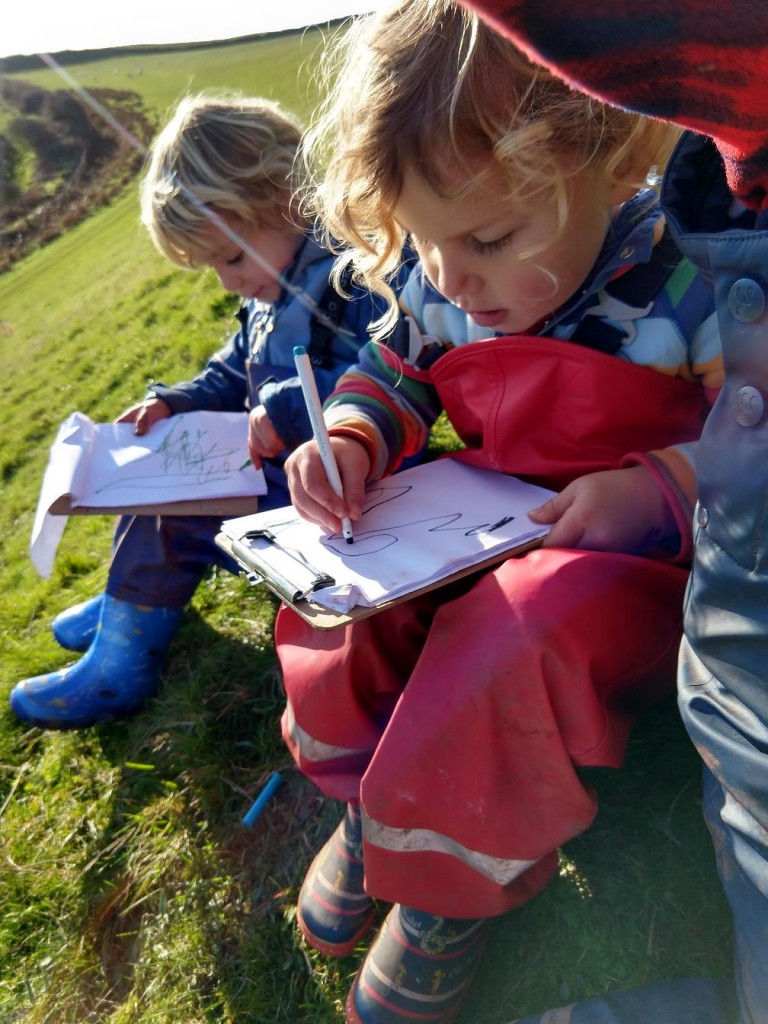 We have had another fantastic term at Venture and I know that our amazing Venture team have also enjoyed every minute of it. We have all appreciated the reward that the more challenging winter weather brings. There is nothing like feeling that you really deserve a hot chocolate by the fire, and your lunch always tastes that bit better after struggling through a howling gale. We have enjoyed getting cosy in the Reading Rooms, putting our hats and socks on the heater and sitting under the Christmas tree. We have tried to teach some of the children the etiquette of not hogging the fire!

The highlight of this term has to be our Ofsted inspection. It was just a very normal day at the kindergarten and the only reason for any lack of sleep for us was pure excitement that we were finally able to show off. However we have spent the last 2 years becoming slightly fed up with our own voices constantly saying the word Ofsted. I know that in my mind I had decided that if Ofsted were to tell us that what we had created was in some way not good enough, we most likely would have lost our enthusiasm to continue. Because every day that I am with the children at Venture I am relaxed, happy and confident in the knowledge that we simply couldn’t do a better job of nurturing them and giving them the best possible start in life.

The day unfolded in the usual way, with the children initiating all the best ideas, such as digging out the now slightly soggy pumpkin flesh, then working together to collect water to pour inside and discovering that this made the seeds float to the top. A perfect example of a ‘lesson’ that we could have planned beforehand, but could not have guaranteed would capture the children’s interest at that moment. We could tell that the inspector was enjoying herself as she chuckled with delight at how Rafe had discovered a new technique for getting water from the tippy tap by using his head. With a queue of patient friends making gentle conversation whilst filling their various receptacles and thanking Rafe for his help, we knew things were looking good. At around 12:30 pm she took us to one side. She said that at that point she was thinking we were definitely ‘good’ but she was hoping that once she had finished asking us a few more questions and had carried out the management meeting she hoped that she could give us outstanding. As she saw the look on our faces, and the tears well in our eyes, she said that she had been struck by the obvious passion we had and that she could see how important it was to us. She continued to say that what she was witnessing when observing the children was very obviously as a result of a lot of hard work and a strong belief in what we do. We then had a slightly nerve wracking hour of her sifting through various bits of paperwork before she sat back smiling and announced the result. 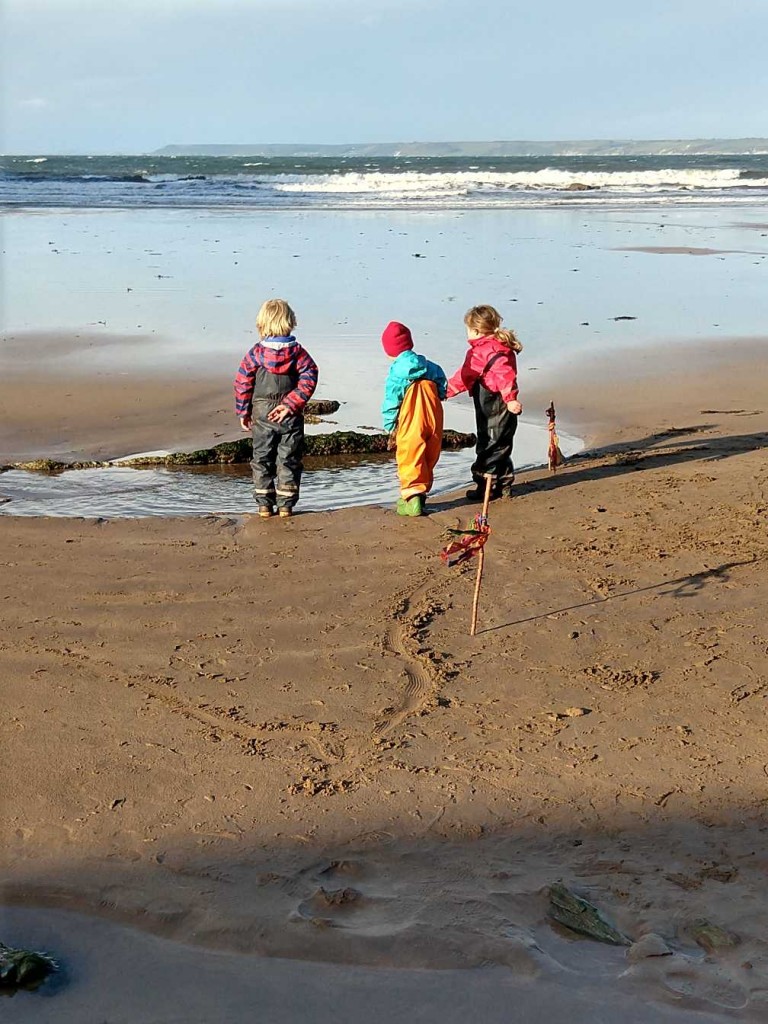 There was a lovely moment when the inspector was checking the staff appraisal forms and pointed out, one member of staff’s comment that she had “never been so happy”. For a few days afterwards she called us on a daily basis to talk to us and give us more feedback. She told us that we were the first outstanding she had ever given and that her colleagues could not believe that she had finally given someone outstanding. After she had spoken to them about us and what she had seen that day they apparently all wanted to come and have a look. She kept saying what an amazing experience she’d had and thanking us for giving her such a wonderful day. She said that she had been talking about us so much at home that her son would ask her to lie in bed with him and tell him more stories about ‘the special kindergarten’. She told us that she wished that her children were still young and that she would have sent them to us without hesitation. She talked about other places she had recently been to, and that the memory of her day with us would stay with her forever, that it would cheer her up when she was feeling downhearted by other inspection visits. She told us that the inspector who had been previously to register us in Hope Cove had spoken to her about us before she came and had said that she had been really struck by how passionate we were, and that she just knew that it would be a positive experience. She wanted to know all about the progress that we had made in the past 2 years and asked that our inspector call her afterwards to let her know what it was like.
Once the inspector had written the report it had to go to her manager to be checked. The manager commented that it was the most positive report he had read for some time. At the end of it all, she said that she hoped she would have the privilege to come and inspect us again in Yealmpton and that she would continue to follow our progress with admiration. If you haven’t read the report yet the link is below. 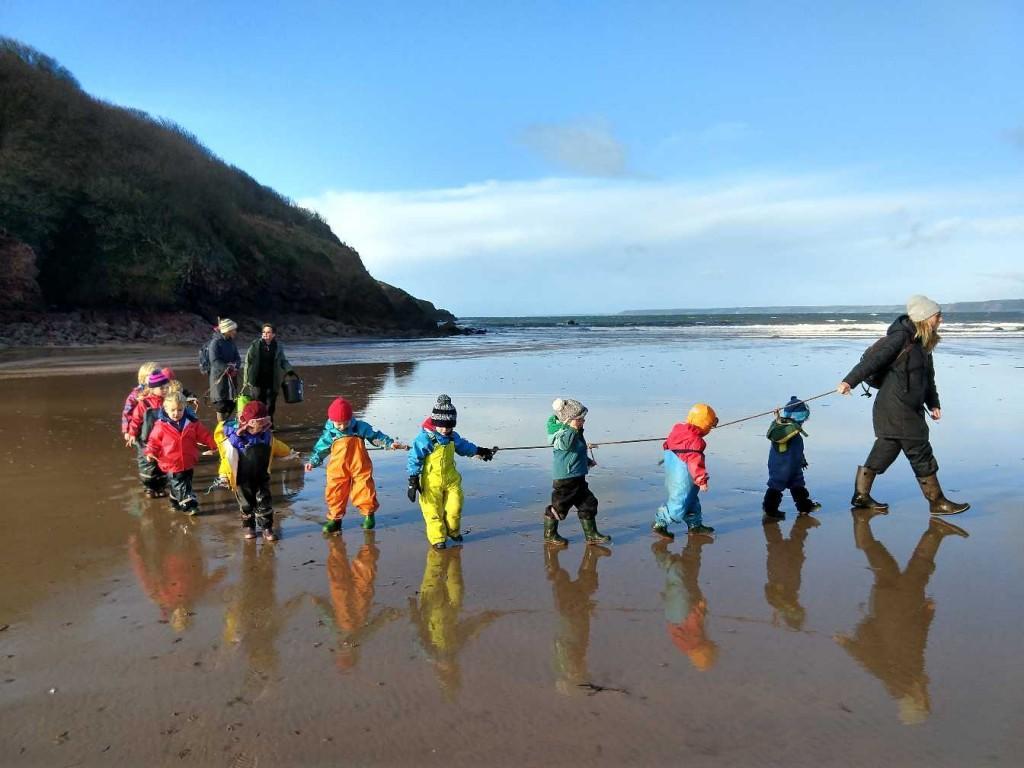 We are very excited to announce that we have been registered for our new site “Venture Kitley Farm” in Yealmpton. We have re-submitted the planning permission as it is on a slightly different patch of land. It is directly behind Ben’s Farm Shop and next to Growers Organics. It will be a fenced garden with a 24ft teepee and log burner as our inside space. It will no doubt develop over time, taking into account the children’s interests, but to give you some idea it will have a tool area, fire circle, mud kitchen, gardening plot, digging patch, loose parts on a grander scale, water play and a stage with dressing up. We also have permission from the owner of Kitley estate to roam wherever we want to with the children, so we will visit the surrounding woodland. We will hopefully have the opportunity to get involved with the businesses surrounding us, with animals to visit and the opportunity to teach the children about growing organic produce. Once the planning is on the portal we will let you all know, and if any of you could do a letter of support for us we would really appreciate it.

We have also applied to open in Kingsbridge next year. Again this is something we have been wanting to do for some time. The plan for this would be to run in exactly the same way as Hope Cove, using the library as our base. We will then visit the parks, surrounding countryside and estuary. But we are also very keen to add an urban edge and allow the children the time, for example to explore the high street, the fishmonger window, the cinema, the community gardens, the museum and art gallery. We both remember times when we were rushing a toddler past things that they so wanted to spend a long time looking at. It will be a wonderful opportunity to allow them to fully immerse themselves in their surroundings, in a location offering a slightly different perspective.

Read the rest of our Autumn 2 newsletter here.